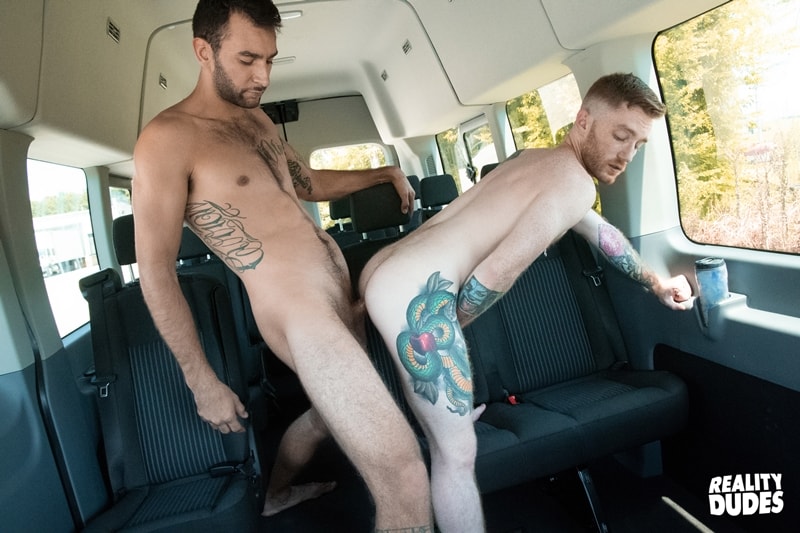 I loaded up the Str8 Chaser van with good whores Laura James and Seamus O’Reilly, who are both impatient to find some sexy man meat and do naughty things. Seamus hides as Laura scopes out an impressive specimen.

That’s when firecrotch Seamus hops out and gets to work, and Brian sure seems to enjoy the feel of the ginger hunk’s mouth on his cock.

Laura reveals she’s not the one sucking Brian’s dick, and somehow manages to convince this straight guy to take a turn going down before ordering Seamus to hop on Brian’s boner.

With Laura giving the orders, I got to just sit back and enjoy the show as Brian fucked Seamus’s tight hole and both guys shot big loads…Join them! 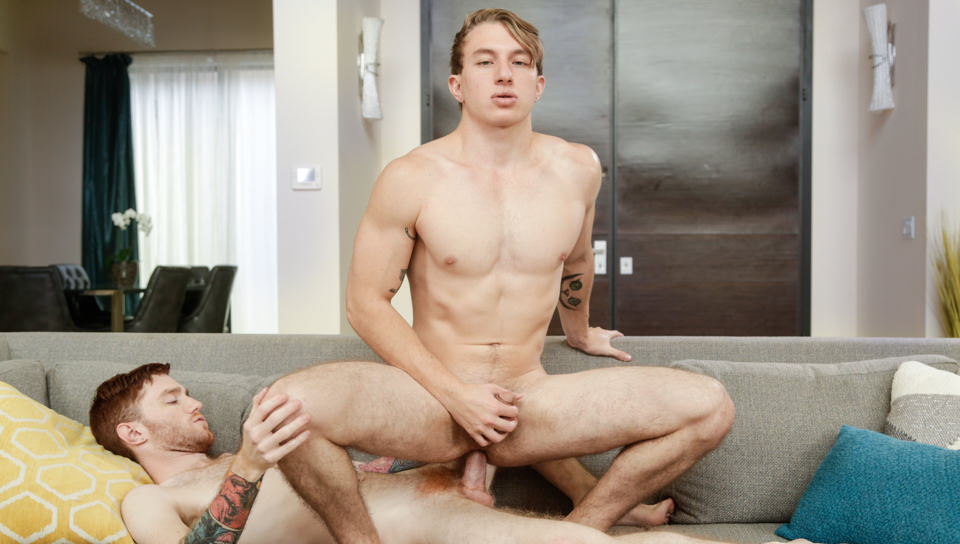 Miles Taylor is seeking something new and different, something he’s never done but always wanted to try. When Seamus O’Reilly arrives, he quickly learns that Miles has a fantasy for big cock, no matter how much he likes women.

Luckily for Miles, Seamus is packing the necessary equipment to fulfill Miles’ needs. Unzipping out of his pants, he reveals his rock hard dick and Miles’ eyes light up at the thought of it. He takes it slow, first in his mouth, choking a little on it’s size when Seamus pushes his head down the shaft.

Then, after tonguing Miles’ hole, Seamus gives it to him raw, as Miles mounts his pole and proceeds to pop his straight cherry. He rides Seamus slowly, unsure at first, but taking a liking to it as he continues, until he can take no more.

When Bridger Watts wakes up naked in bed with two strange guys sucking him off, his first thought is that he has no idea how he got here. Struggling to remember the night before, all he can recall is that he got way too drunk.

Details are murky on how he ended up in bed with Asher Devin and Seamus O’Reilly, but now that they have him here, the couple has decided to make the most of the boy toy in bed with them. Seamus sucks him off, and his cock grows rock hard watching Asher kiss up and down Bridger’s sleeping body.

Their mouths meet at the tip of Bridger’s cock, and as they begin to tag team his shaft, Bridger wakes up. Surprised, he nonetheless must admit it feels really good, and after asking him if he’d rather they stop, Bridger contemplates the situation and decides to just go with it.

Immediately, Asher stands and Bridger sucks him off, as Seamus mounts his cock, riding him reverse as Asher begins to stroke Seamus’ dick. Bridger fucks Seamus as Asher looks on longingly, then they switch as Bridger bends Asher over and gives him a taste.

Bridger fucks Asher hard from behind and it gives Seamus the idea to finally indulge his fantasy of two cocks at one time, so he mounts Asher as Bridger works his way in, pumping him full of cock as Seamus strokes himself to orgasm.

2022 Review: These bottom studs certainly know how to get their BIG COCK fill.

Visit Face Down Ass Up here