Currently in San Diego, Nick Capra’s a professional who followed his boyfriend’s lead into the biz. He has a passion for penetrating European guys with hairy chests and uncut cocks.

And he is fucking Nick Capra, who could very much be Dylan’s daddy.

Nick loves taking and throwing around a boy for his own pleasure, but for the right guy he will give it up and take dick down his throat and up his ass, and that’s exactly what he does for Dylan James’ legendary cock…Join them!

Nick Capra is a hulking stud in love with working out and growing his muscles as big as he can. He has that in common with Geordie Jackson, Geordie isn’t has big as Nick, but he’s ripped (his washboard abs are as hard as a rock).

Nick and Geordie have some fun by participating in a pushup competition with one another, which Geordie wins. Now, keep in mind that Nick tends to top hungry and needy bottoms these days, but every once and awhile he will shake it up and take a raw dick up his ass.

Nick Capra stars in “Secrets Between Uncles And Nephews” as Paul, a father, and a husband who finds the difficulties in his life at an all-time high.

His 12-year marriage to his husband, Jeffrey (played by Adam Russo) has lost its spark and the romance isn’t what it once was.

Even worse, his relationship with his son, Bryson (played by Drew Dixon) is cold and strained, because Bryson has never forgiven Paul for coming out of the closet, divorcing his mother, and marrying another man.

The tension is palpable during a pool-party visit from Paul’s brother-in-law, Markus (Sergeant Miles), and Paul’s nephew, Dylan (Drake Rogers).

The gathering is to celebrate Dylan’s twenty-first birthday, during which Markus has a few too many, and being the doting host, Paul helps him to the guest room.

But Markus has some secrets of his own, and when he and Paul are alone together, Markus shows Paul another side of himself. 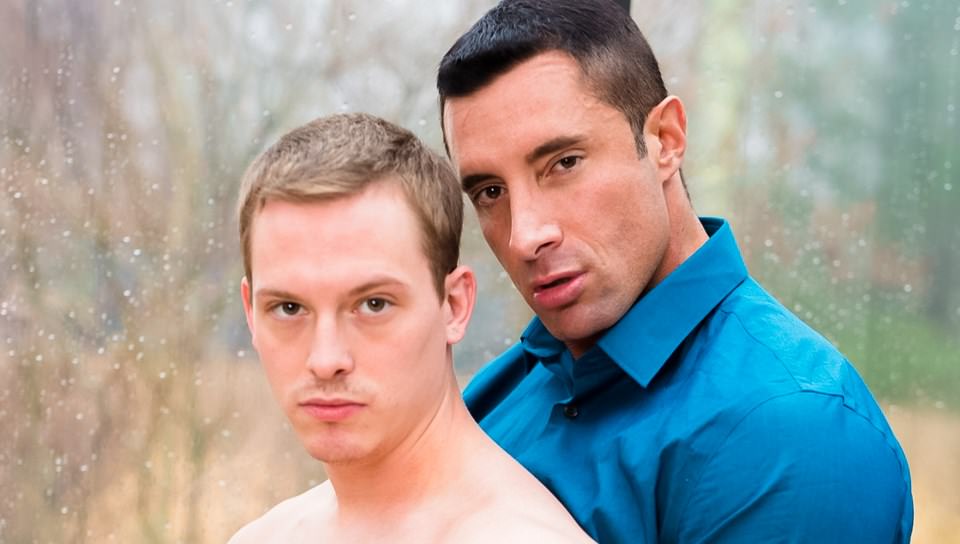 Trying to overcome his drug addiction, young teenboy Tommy Regan takes a trip to a remote location with his sponsor Nick Capra. After a long walk around the lake, the boys head back to the house. Nick grabs some sodas from the refrigerator.

He tells this youth that he is proud of the progress he’s made and that he’ll keep supporting him even after his recovery. Touched by the man’s words, he admits how grateful he is to have Nick in his life. Since they’ve arrived at the cottage, drugs have been the least of his cares, and that what he needed was to simply get off the merry-go-round.

Nick tells him he’ll find other rides, better ones. Tommy laughs and Nick realizes how sexual his answer could be interpreted. Nick tells the dirty minded young boy that he can think what he likes. They both stare at each other for a moment, then Tommy walks up to his sponsor to kiss him.

Nick places his hands under Tommy’s shirt to feel his little tight ab muscles. He slides his hands up the boy’s smooth hairless body and takes his shirt off. Nick lifts him up with his big arms and carries him out of the room. Seems like Tommy found himself a better ride.

Nick accepts to give his son what he wants. He slides his big thick dick inside of Tommy’s tight ass and fucks him hard. Tommy seems to enjoy getting fucked by this older guy that he lays down on his back and spreads his ass cheeks. Nick continue to ram his ass. 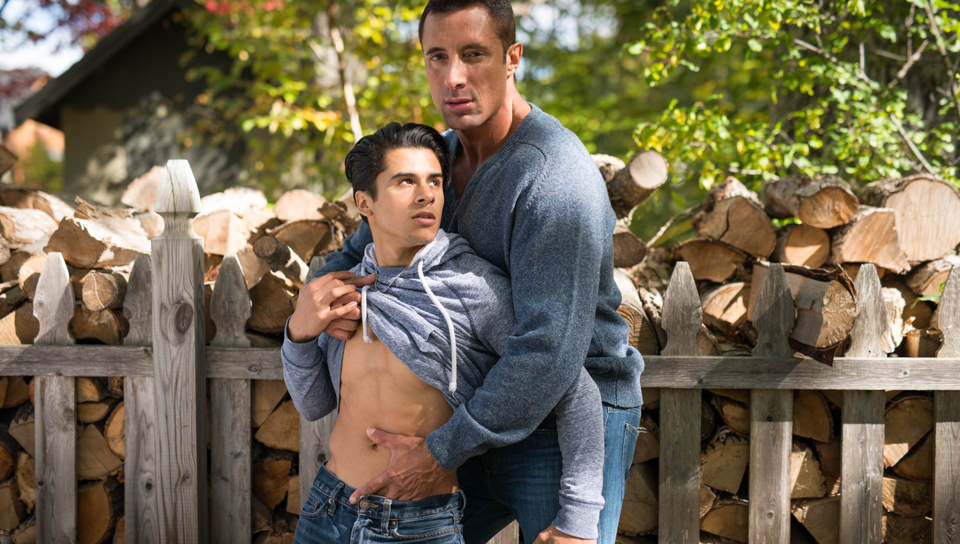 Armond Rizzo and Nick Capra are back at the cottage and are resting on the couch. Nick tells Armond how he enjoyed their day together. Armond agrees and is also satisfied about the specimens they found. He looks over to Kory’s dad and likes what he sees.

Armond understands why he was his dad’s favorite student. Armond sits closer to Nick and tells him that he would really enjoy kissing him, but is unsure whether that would be crossing the line. Nick confirms that it would. Armond looks away looking very upset.

But Nick continues by telling him that you should do it anyways. Armond turns to look at Nick again, and then smiles. They both lean in and start to make out. Nick grabs Armond’s ass and pulls him on top of him. Moving into the bedroom, Nick lifts Armond up and places him gently on the bed.

As they make out, Nick removes Armond’s shirt before taking his off. Nick’s big muscular arms are wrapped around Armond’s body. He takes off Armond’s shoe, and starts to lick his foot, sucking every toe. Armond takes him turn by kissing Nick’s hairy chest while Nick takes off own pants.

Now that their clothes are off, Armond lays down on the bed and is sucking Nick’s huge cock. Then Nick grabs the young boy’s legs, swings them over Armond’s head, and starts to eat his hole. This hairy dad knows how to uses his tongue to go deep inside Armond’s hole to loosen it up.

The dads and their sons are packing the car, getting ready for the drive home. Saying their goodbyes, they get inside their cars.

Nick and Kory have decided to keep these events between father and son, a bond forever between them…Join them! 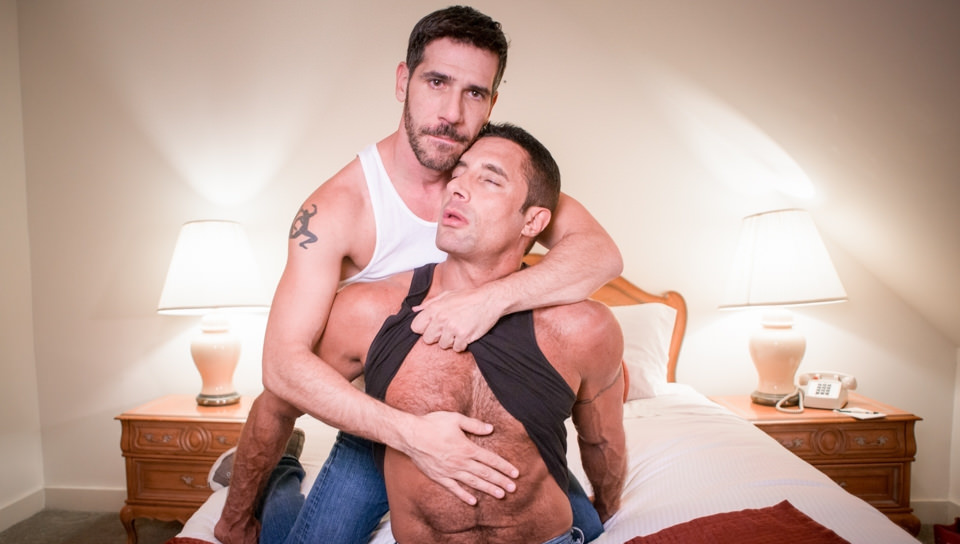 Nick Capra invites Tony Salerno up to his cabin to make their meeting more private. Tony feels bad about keeping this a secret from his wife. Agreeing to keep their encounter between them, Tony starts to wonder if Nick is only doing this for the fantasy of doing a straight guy, or if it means something more.

To reassure him, Nick sits closer to him and admits that he doesn’t want to get his heart broken as well, considering how Tony could go back to his wife and never look back.

Nick then places his hand behind Tony’s head and leans in for a kiss.

Forgetting about their uncertainties, they start to make out passionately. Nick lays on top of Tony to hold him down while he feels Tony’s body. They slowly start taking their clothes off, piece by piece, until only their skin touch.

Nick gets on his knees and brings his big cock near Tony’s face. Tony is sucking on Nick’s uncut dick, getting it all wet. Then Nick decides it’s time to pleasure the straight guy by turning him over and spreading his ass cheeks to rim Tony’s hole.

Nick Capra has hired Hunter Page to help him out with some projects around the house. Hurting himself in the garage while Nick was inside, Nick’s nurturing instincts are sparked. Urging Hunter to lay down to ice his hand, Nick checks on the injured youth following a hot shower, finding him asleep.

Standing in a towel, dripping wet, Nick looks him up and down, admiring the boy’s tight stomach. Awakening, Hunter groggily comments on the dreamy view providing distraction from the throbbing pain in his hand. Nick moves his hand massaging the inside of Hunter’s thigh before rubbing over his houseboy’s lithe frame.

Hunter teases the older man as their lips move closer, touching softly as they make out. Climbing on top of Daddy, the boy’s boxers bunch above the tops of his pants. Nick reaches up and grabs both his cheeks with full palms, as his worker gasps in pleasure.

Hunter pushes his pelvis into Nicks’ stomach, pressing on Daddy’s erect cock before sliding down Nick Capra’s hairy chest to service the massively thick waiting dick, his tender lips wrapping around it, Nick pulling his head onto his girthy cock.

Tearing off Hunter’s pants, Nick licks his balls before sucking the boy’s long dick, flipping him onto his back. Their lips hardly leaving each others’, as Hunter feels Nick’s muscular thighs, encouraging him to push into his furry hole. As he thrusts into him Nick reaches around to stroke his helper’s stiff dick.

Always ready for domination, Nick Capra got a new lover to play with.

This time a handsome black hunk, Cahan, who on the other hand is more than happy to oblige on Nick’s every command.

Cahan felt Nick’s dominance, and as soon as he saw his huge cock, there was nothing else to discuss, but to suck it.

He fucked him in both doggy and missionary, back and forth, making him feel every inch of his cock.

Mike strokes his soft dick until it is a raging hardon.

“You know what would be awesome?” asks Nick. “If you could give me full wood.”

Mike smiles and asks for help, and Nick is quickly on his knees with the trim, hairy stud’s shaft deep in his mouth. Nick’s mouth widens as he engulfs the thick slab, which he works like a pro.

The breathless sucker whips it on his face and snaps it up, spit sliding down the rock-hard shaft and sac to the floor. Mike returns the favor, the verbal Nick moaning “Suck that fat cock!” as a big vein bulges out of Mike’s neck.

Nick slaps it on Mike’s mouth, their two huge boners in the frame in a hotshot. Nick tongues Mike’s ass, then fucks him from behind (“There you go….take it!”).

The top gyrates his hot muscle bod as he pounds Mike, who gets on his back as Nick hits the spot.

“Fuck a load out of you!” yells Nick as Mike shoots, the top then dumping his spooge on the bottom’s shaft, balls, and pubes.